I worked on a pretty hefty mural last month with Brisbane Based artist Jaybeez. We developed the concept for the wall with the help of local school kids and a few other community members alongside Queensland Rail and Brisbane City Council. The concept is based around the indigenous term Buranda ‘The forest oak’. Our aim was to create a sense of connectivity in a juxtaposed dream like space. We wanted the wall to reflect connectivity within a range of elements important to the community and in particular the different ways in which the forest oak has been used.

About 2 or 3 days into the mural an elderly citizen walked up to us with a begrudging look in his eyes and started muttering to us.

“Are you actually going to paint this whole wall? One minute its graffiti and the next they’re paying you to do it..”

I responded with a smile on my face “Don’t you like a bit of colour in this place? What would you rather see painted?”

He quickly snapped back at me saying “Nope, I’d rather you just paint it grey and leave it, then i’ll be happy” He began to mutter and hobble off into the distance explaining how much he hated it as he faded away into blissful silence.

About an hour later i spotted him walking back towards us. He walked straight back up to me and began his muttering once more.

“If you don’t paint James Cook landing at Botany Bay on that other wall then this painting’s gone, Im gonna call the council and they’ll take this one down”

I kind of just stood there trying to get my head around what he was going on about as he continued to verbal Diarrhea.

“Those black people are getting way too much attention already, they cant even build a shelter or a toilet without help”

I was pretty much boiling up at this point but more confused as to how someone could get so tangled in a web of ignorance and negativity. He continued on his bitterly dark and cold journey to Mordor and left us standing there a little worse for wear.

It became pretty clear to me that he wasn’t really just a hater of art but a hater of diversity. It’s a damn shame that there are still people like that floating about in the shadows.. I whole heartedly hope that kind of attitude is coming to an end.

On the contrary, while painting the wall, a super stoked student, who helped with the design wanted to get involved and help me paint his portrait. I was more than keen to have him help out and see it unfold. I have to say that seeing him soo wrapped to be involved was my favourite part of the 2 week spraycation. His Family came down and they looked as proud as punch. Who knows, maybe he’ll be the start of something fresh! I hope so.

Brisbane is on the move. Whats that saying. Earth without Art is just Eh. 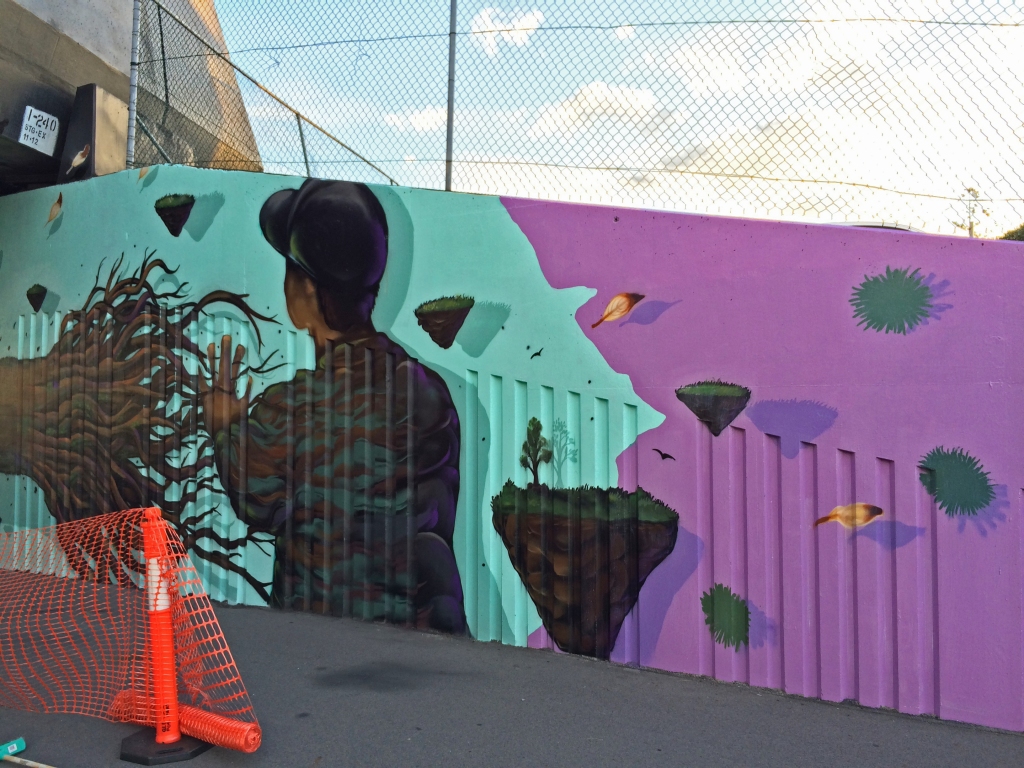 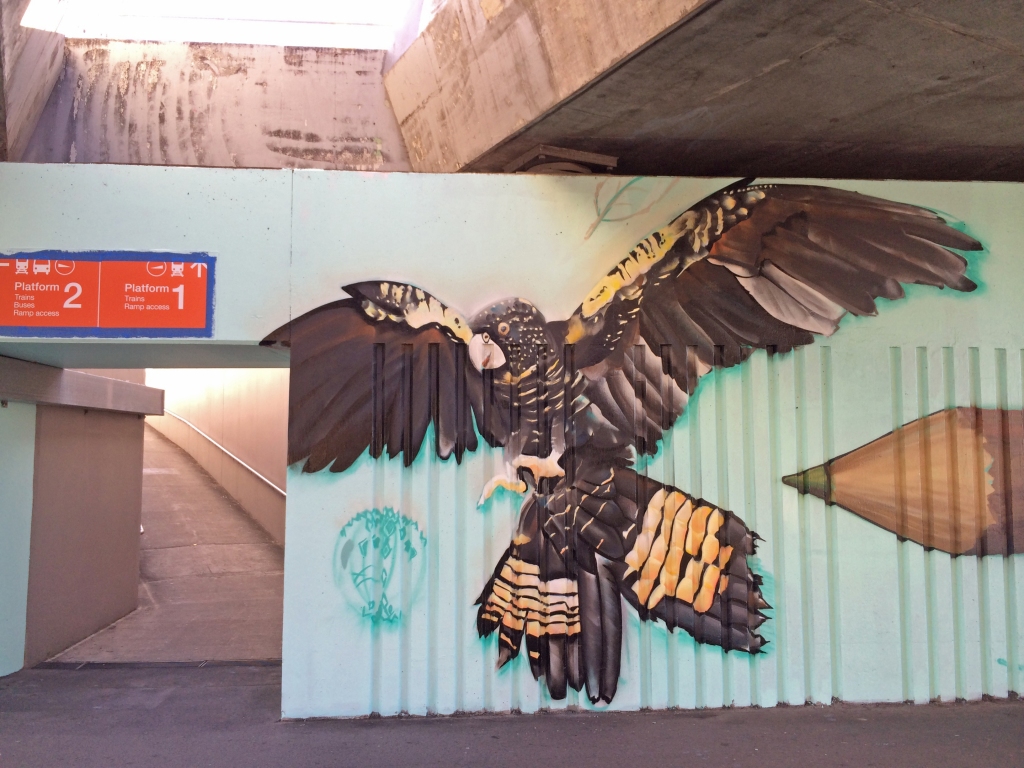 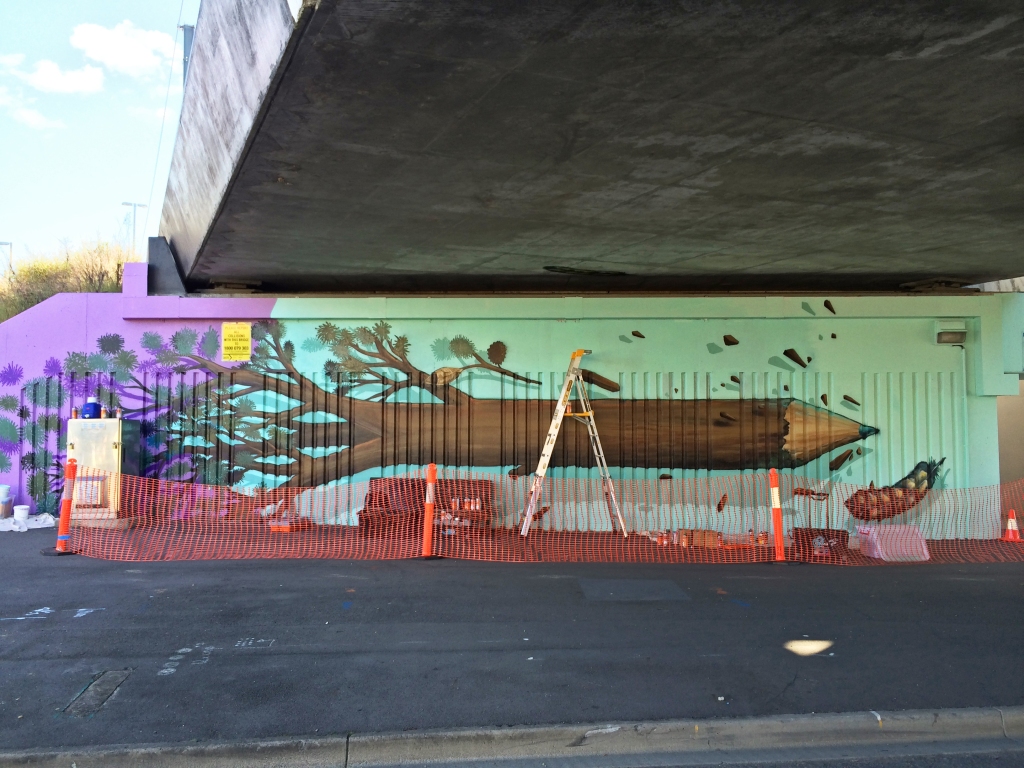 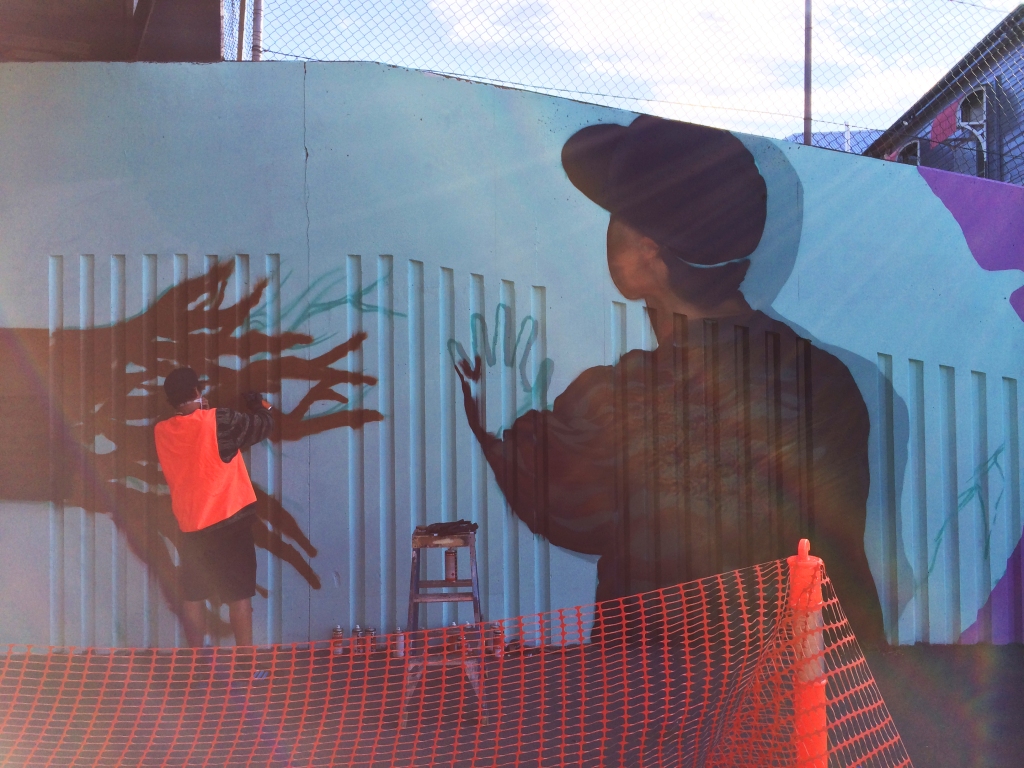 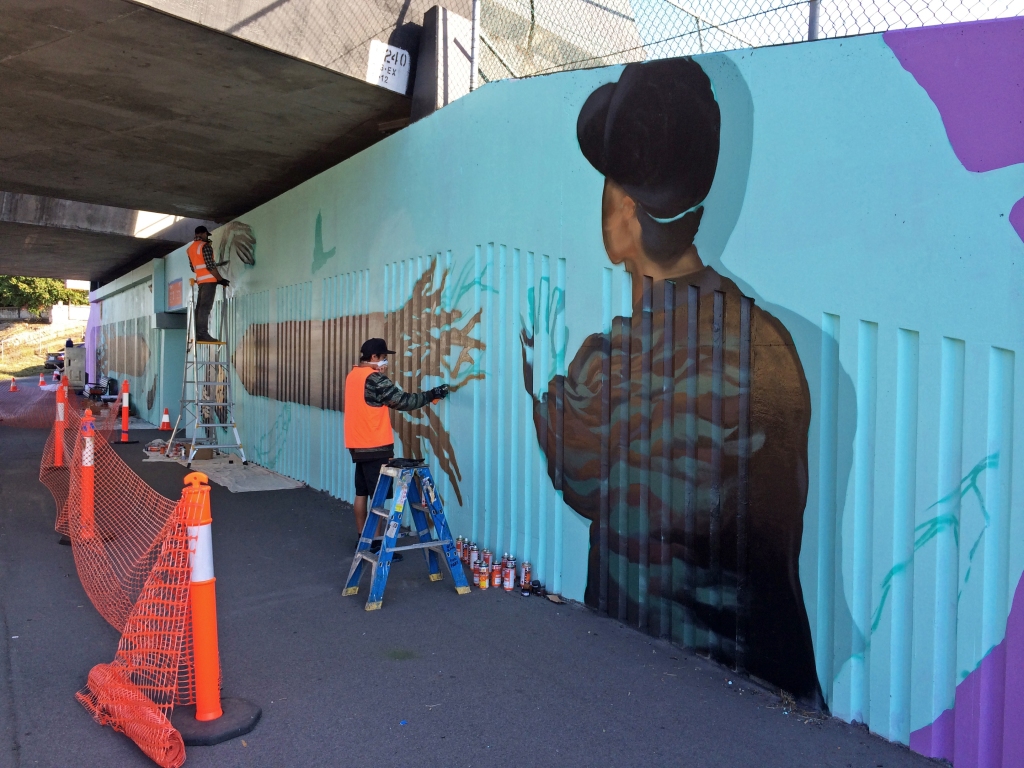